“I am constantly amazed by Tina Fey,  and I am Tina Fey,” said Tina Fey,  the first female head writer for SNL. She started her career working at The Second City in Chicago.  In 1995, she made the move to Studio 8H as a writer and then the anchor of Weekend Update with Jimmy Fallon.  This lead to her writing the script for Mean Girls. She worked with Lindsey Lohan pre-trainwreck.

Eventually, Tina hit prime time with 30 Rock, a workplace comedy about a late-night television show. She is perhaps best known for her impersonation of Sarah Palin, the former governor of Alaska. Some of the words Tina has uttered over the airwaves are:

Her next major role will be in Anchorman: The Legend Continues. Here's a video collection of some of Fey's best moments as Liz Lemon, her character from NBC's 30 Rock. 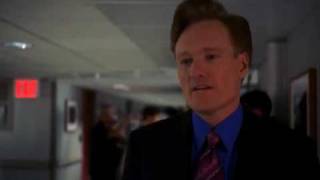 When the gods of music and comedy merge, Christopher Guest becomes their mavin. This performer gave [...]

Davie Brenner was a favorite comic when Johnny Carson ruled the television airwaves. This master of [...]

Shelley Berman There are names that get lost in the bane of history, people who were successful in [...]

Tommy Smothers is half of one of greatest comedy duo's of all time--The Smothers Brothers.  They wou[...]

Pauly Shore is having a birthday

Pauly "The Weasel" Shore was destined to become a comic.  His mother owned a famous comedy club in L[...]

Happy Birthday to a TV Legend

Ernie Kovaks once said, "Television:  A Medium.  So called because it's neither rare n[...]