We've all seen idiots drivers who have no business being behind the wheel of a car. But they don't just drive those cars: sometimes they have to wash them, too. 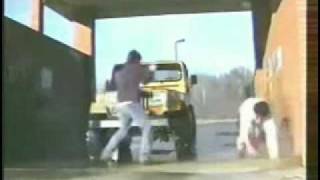 In this video two guys apparently use a car wash for the first time.

Now that could have been just bad luck. (It could also have been staged. After all, they pointed a camera at a car wash for some reason.) But this next guy is just stupid, thinking that while the car was being automatically washed he pop around the corner to take care of something. 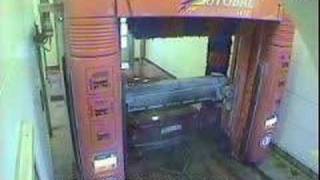 This guy learns first hand what happens when you open the door while the automatic car wash is doing its thing.

I'm not even going to try to explain this car wash customer's behavior. Just look at what the security cameras captured… 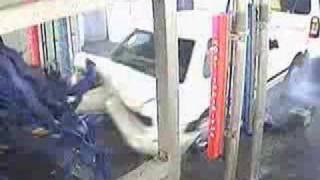 In this video, a driver is so determined to get his car washed that he crashes a wall, another car, and finally the washer itself.

Posted in Entertainment
← Waiting for the Bus1920s Color Film of London →

Here's something we spotted on Reddit. The poster, SCPulse, added the caption "Car drove thro[...]

In Tobleronistan, the morning commute is not very stressful.   We found this photo o[...]

A Pun of Cosmic Proportions

Someone DESERVES to be belted for this pun. [...]

See you again in the Spring...

I sympathize. When it's this cold, you let everything wait that can. [...]

This is funny, but now I'm worried that people will think we're "anti-Ringo."[...]